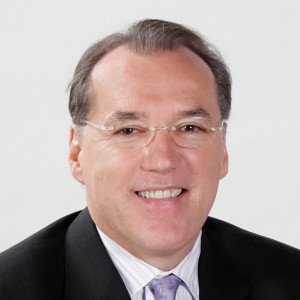 Frank Holmes is the CEO and chief investment officer of U.S. Global Investors. Mr. Holmes purchased a controlling interest in U.S. Global Investors in 1989 and became the firm’s chief investment officer in 1999. In 2006, Mr. Holmes was selected mining fund manager of the year by the Mining Journal, and in 2011 he was named a U.S. Metals and Mining "TopGun" by Brendan Wood International. In 2016, Mr. Holmes and portfolio manager Ralph Aldis received the award for Best Americas Based Fund Manager from the Mining Journal. He is also the co-author of The Goldwatcher: Demystifying Gold Investing. More than 30,000 subscribers follow his weekly commentary in the award-winning Investor Alert newsletter which is read in over 180 countries.

Under his guidance, the company’s mutual funds have received recognition from Lipper and Morningstar, two trusted independent financial authorities. In 2015, Mr. Holmes led the company into the exchange-traded fund (ETF) business with the launch of the U.S. Global Jets ETF, which invests in the global airline sector. In 2017, U.S. Global Investors made a strategic investment in HIVE Blockchain Technologies, listed in Toronto, and Mr. Holmes was appointed non-executive Chairman of the Board.

Mr. Holmes was awarded the Huron Medal of Distinction from Huron University College in 2013, his alma mater for the class of 1978. This award recognizes individuals whose life achievements set an example of excellence and reflect Huron’s arts and social sciences missions.

Mr. Holmes is a native of Toronto and is a graduate of the University of Western Ontario with a bachelor’s degree in economics. He is a former president and chairman of the Toronto Society of the Investment Dealers Association.

Mr. Holmes is a much-sought-after keynote speaker at national and international investment conferences. He has spoken at the Investing in African Mining Indaba conference, the Denver Gold Group’s European Gold Forum and numerous Money Show events, sat on panels with prominent industry leaders including the editor of Barron’s and continues to be invited as a keynote speaker at conferences throughout the U.S., Canada and overseas.

Mr. Holmes is a regular commentator on the financial television networks CNBC, Bloomberg, BNN and Fox Business, and has been profiled by Fortune as well as The Financial Times. His thoughts on gold are captured each week on a program called Gold Game Film in collaboration with Kitco News and TheStreet.com. Mr. Holmes was also the feature spread in Barron’s during the commodity rally at the start of 2004. He is a regular contributor to Forbes, Business Insider, Seeking Alpha and Wall Street Journal’s Experts Corner.