When Was The Last Time An Element From The Periodic Table Split? 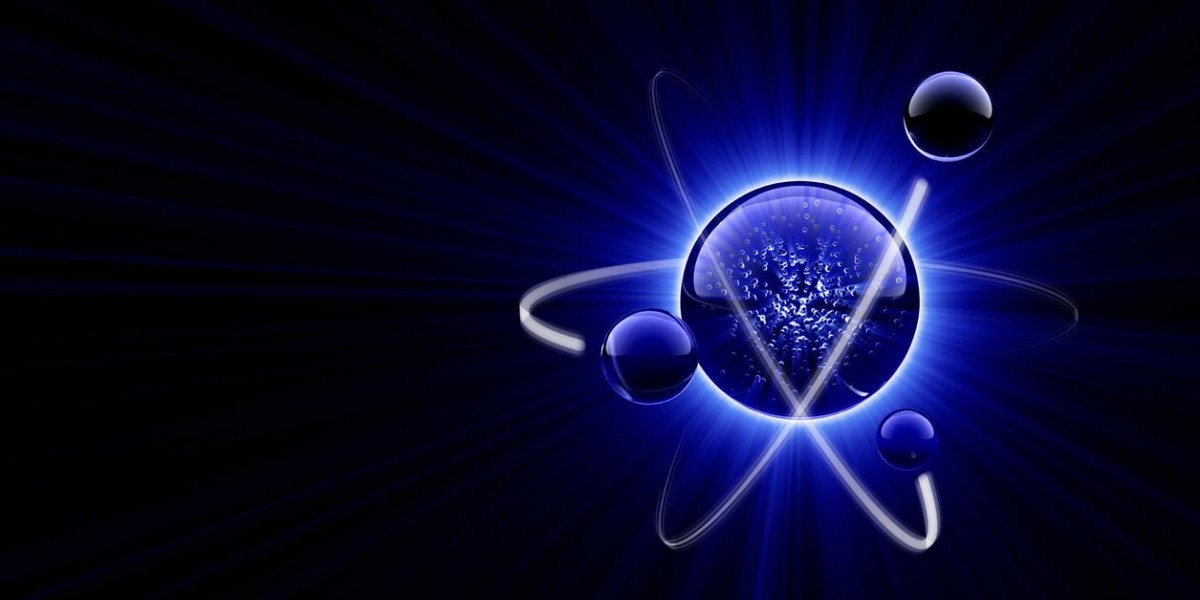 Most people associate the word 'Dollar' with the United States. But its history is fundamentally linked with the era of humanity in which we learned how to split the very fabric of nature.

Some may know that the same mine is responsible for both the world dollar, and the original rock samples that lead to the discovery of all the radioactive elements. The silver mine in what was then called Joachimsthal mined and minted silver coins, called a 'Joachimsthaler', or just 'Daler' for short.

While the mine that is in the present day Czech Republic was rich in silver, it would often happen that the miners found that silver veins terminated in hard rock that had no commercial value. The local miners referred to it as 'pech blende', or 'bad luck rock'.

They just made piles of the worthless pech blende outside of the mine.

What the miners didn't know, and no one knew for quite some time, is that the pech blende would be the world's first uranium ore. First a German scientist started playing with the pech blende, and eventually none other than Marie Curie came to the then humble town of Joachimsthal to collect the pech blende that would give rise to the first refined radium and polonium.

The Meat of the Matter

Like all new things, there was something of a “bubble” in the use of radioactivity. People were treated for medical conditions by applying radioactive elements to their bodies, and radium was far more expensive than gold. Time went by, and some real smart cookies figured out how to make bombs out of the radioactive elements that were all the rage.

Which brings us to a glib question that was posed to a panel of some of the smartest resource investors in the world, which, as luck would have it, is also the title of this piece.

“When Was The Last Time An Element From The Periodic Table Split?”

Depending on the context of the question, and the desired specificity of the answer, we might look sometime around the era when atomic bombs transitioned from fission (splitting) to fusion (joining) In more recent times, scientists have used lasers to split, and then rejoin atoms.

This may or may not have been the idea that the unknown Silver and Gold Summit attendee was trying to convey with his question, though the panelists seemed to take is as a knock against the crypto space, which was well represented by Frank Homes, and Teeka Tiwari, of Palm Beach Letter Fame.

As it turns out, it is devilishly hard to split an element's atoms.

So while I can't say exactly when the last time a uranium atom was split, the first time it happened is pretty easy to pin down. In a test conducted in New Mexico's desert, codenamed 'Trinity' by Robert Oppenheimer, the first atom was split in two by humankind. The next two “splits” were also quite famous, as they were the only nuclear weapons ever used in a time of war.

Whether or not Bitcoin's splits will make the same kind of impact on history that the “splits” over Hiroshima and Nagasaki did isn't knowable. But given the ease of creating a crypto currency, Bitcoin may only be remembered as the bubble that finally got the Dutch off the hook for Tulipmania. The issue is, that while cryptos need loads of processing power, the physical backbone of that system is elemental, and elements can't be produced with algorithms.

Ironically, at the moment, uranium is once again accurately described by the name that its first ore bore; pech blende. The last decade has been brutal for just about anyone involved in the uranium market, except for the utilities, who have been buying the yellow rock well south of its cost of production.

The Only Game In Town

A nuclear reactor is a highly specialized piece of infrastructure that relies on uranium to operate. There is no known way to create uranium without mining and refining it, so when it comes to the future fuel supplies for the hundreds of nuclear reactors across the planet, the utility side of the market is in something of a pickle.

Over the last six months basically every large producer of uranium has taken supply out of the market, or in the case of Cameco, idled major operations outright. What the consumers of uranium may not understand is that uranium mines are not easy to get online, nor are they cheap to operate.

So while more than 50 new reactors are under construction across the world, the primary supply of the only fuel source that can power them is being reduced by a double digit percentage by the only people who can create uranium ore.

Many of the investors who were on the panel at the Silver and Gold Summit referenced above have come out with very bullish views on uranium, and given the fundamental picture that is emerging, it isn't hard to see why.

The upcoming Vancouver Resource Investment Conference is a truly unique event. It will bring together more than 250 companies, and some of the top mining investors in the world. On January 21st, at the Vancouver Convention Center West, this year's VRIC will open, and there will be presentations from people like Frank Holmes, Rick Rule, Peter Spina and Jim Rickards.

Amir Adnani will also be in attendance, and he is the CEO of one of the most promising uranium mining companies in the world. Uranium Energy Corp. (UEC) has a number of uranium assets, among them a mine that could be producing ore in a matter of months. Much like Cameco and Areva, UEC has decided to hold its pounds in the ground, and wait for the buyers to wake up to the reality of the supply situation in the uranium market.

Registration for the VRIC is open to all, and if you choose to register before the event opens, you can gain access to all this information and talent for free!