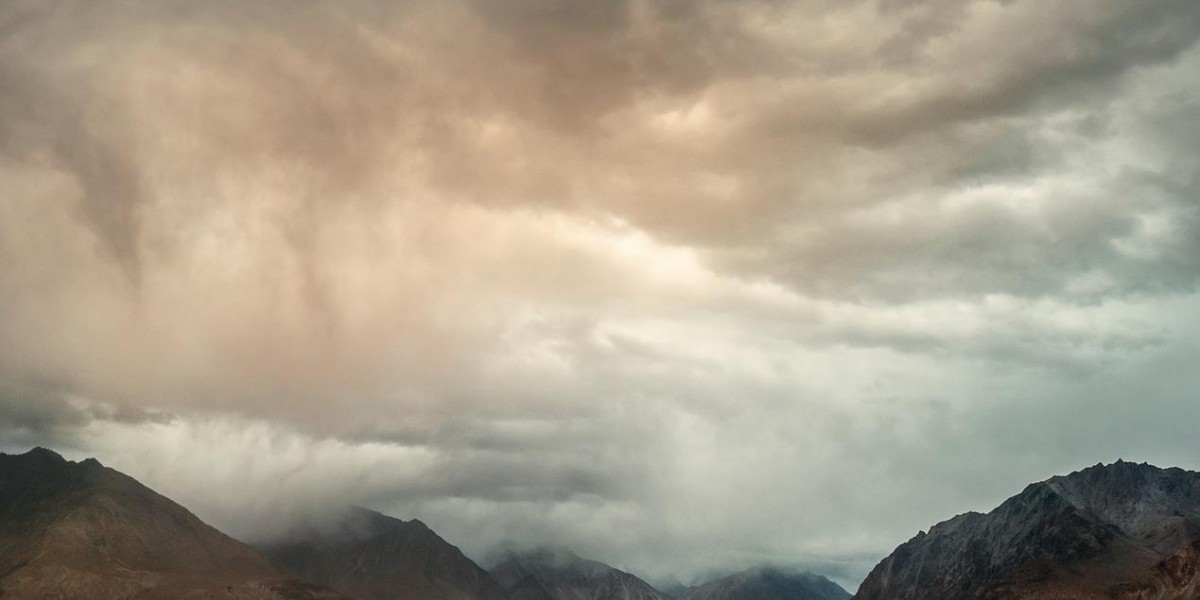 The past few weeks have seen a slight deescalation in the war of words between North Korea and The USA, and thankfully there seems to be another diplomatic push coming to the heated situation on the Korean Peninsula.

But another hotspot seems to be flaring up, with two nuclear armed neighbors trading fire from conventional arms, and some pretty heavy language as well. The Kashmir region is severed by a political convention known as the 'Line of Control' (LoC), which refers to the heavily armed border between Indian and Pakistani controlled Kashmir.

China also occupies an area to the east of Kashmir that India claims. When one looks at the fire power in this conflict, it isn't hard to see how things could escalate quickly. In 2017 alone, India killed 138 Pakistani troops in the LoC region, and India lost 28 soldiers to the Pakistani military.

Recent weeks have seen violence in the LoC region escalate, and the highest levels of the power structure in both India and Pakistan are talking about nuclear was as a viable option for defending their national sovereignty.

Not A Pretty Picture

According to reliable Pakistani news outlets, Minister for Defense Production Rana Tanveer Hussain has gone on the record as stating that Pakistan's nuclear tipped ballistic missiles are fully capable of hitting every major Indian metropolis. If that kind of launch of nuclear arms ever came to pass, the loss of life in India would be staggering.

With a very high population density, and limited means of evacuation, India could easily lose tens of millions of lives in the matter of a few minutes. This horrific scenario hasn't been enough to reign in provocative statements from Indian military officials, with Indian Army Chief Bipin Rawat dismissing Pakistan's nuclear arsenal as a means of countering conventional Indian military strategy.

Mr. Rawat had this to say on the matter, “We will call the (nuclear) bluff of Pakistan. If we will have to really confront the Pakistanis, and a task is given to us, we are not going to say we cannot cross the border because they have nuclear weapons. We will have to call their nuclear bluff.”

This kind of openly aggressive statement from a high ranking military official has done nothing to calm fears in the greater Eurasian region. With China drawing closer to Pakistan in the wake of some ill timed comments from The White House, India may find that it is facing a Pakistan that has the support of China, who is pursuing the option of its second foreign military base, this one in Pakistan.

Much of India's Military equipment was bought from the USA, so if war breaks out in the region, the US will almost have to come into support India via resupply of discharged or destroyed weapons systems. President Trump has made it very clear that he isn't a friend to Pakistan, and there is little hope that he could draw Pakistan away from a strong alliance with China.

This all puts a lot of pressure on an already strained relationship between the USA and China, who have been successful up to this point in avoiding open conflict, despite repeated provocations by the US Navy in the heavily disputed South China Sea.

To add even more complexity to the Eurasian equation, the Saudi Purge, led by Crown Prince Mohammed Bin Salman (MBS), seems to be moving into a decidedly extreme direction.

One of the world's richest men, Prince Alwaleed bin Talal (PAT), has been in custody of this cousin MBS since he was detained by force last November. PAT is estimated to be worth more than $15 Billion USD, and holds extensive assets in the US via his investment vehicle, The Kingdom Holding Company.

The initial round-up of senior Saudi Royals and military officials was justified on grounds of weeding corruption out of the Kingdom, but in the past months, allegations of torture and murder (via excessive torture) inside of the Riyadh Ritz-Carlton have emerged.

Regardless of what went on inside of the Ritz, and whether or not foreign mercenaries are involved, PAT is being moved to a maximum security prison outside of Riyadh. The reasons for the move haven't been explained by the Saudi government, though many suspect that PAT has failed to pony up enough money to appease MBS.

To say that the above situation across the Middle East and South Asia puts the USA in the hotseat is an understatement. President Trump isn't known for nuanced political dealings, and although he has supported MBS during this transitional time for the Saudi Kingdom, how much he is willing to support Saudi interests may hinge on how much MBS is willing to exclude the Yuan from the Saudi oil trade.

While we can hope that cooler heads prevail, it always makes sense to keep an eye on problems that have the potential to balloon into full blown crises.

There are few areas of the financial world that would benefit from a major conflict, but gold tends to do well in troubled times. If you are interested in how some of the major minds in resources see precious metals and cryptos, check out this panel discussion from the recent Silver and Gold Summit in San Francisco.

While gold can do well, the miners who can produce it profitably have acted as a leveraged position on a rising gold price in past bull markets. The 1970's saw a lot of turbulent social times, and the gold miners of the day did very well in the midst of a changing world order.

Many of the people who were on that stage in San Francisco will be at the Vancouver Resource Investment Conference in a few days at the Vancouver Convention Center West, in downtown Vancouver. They will be joined by other legends like Adrian Day and Nick Hodge, so don't hesitate to register, and secure your entrance for free.

This year's VRIC will be taking place this weekend, on the 21st of January. There will also be 250 mining companies in attendance, whose projects cover a range of vital elements!